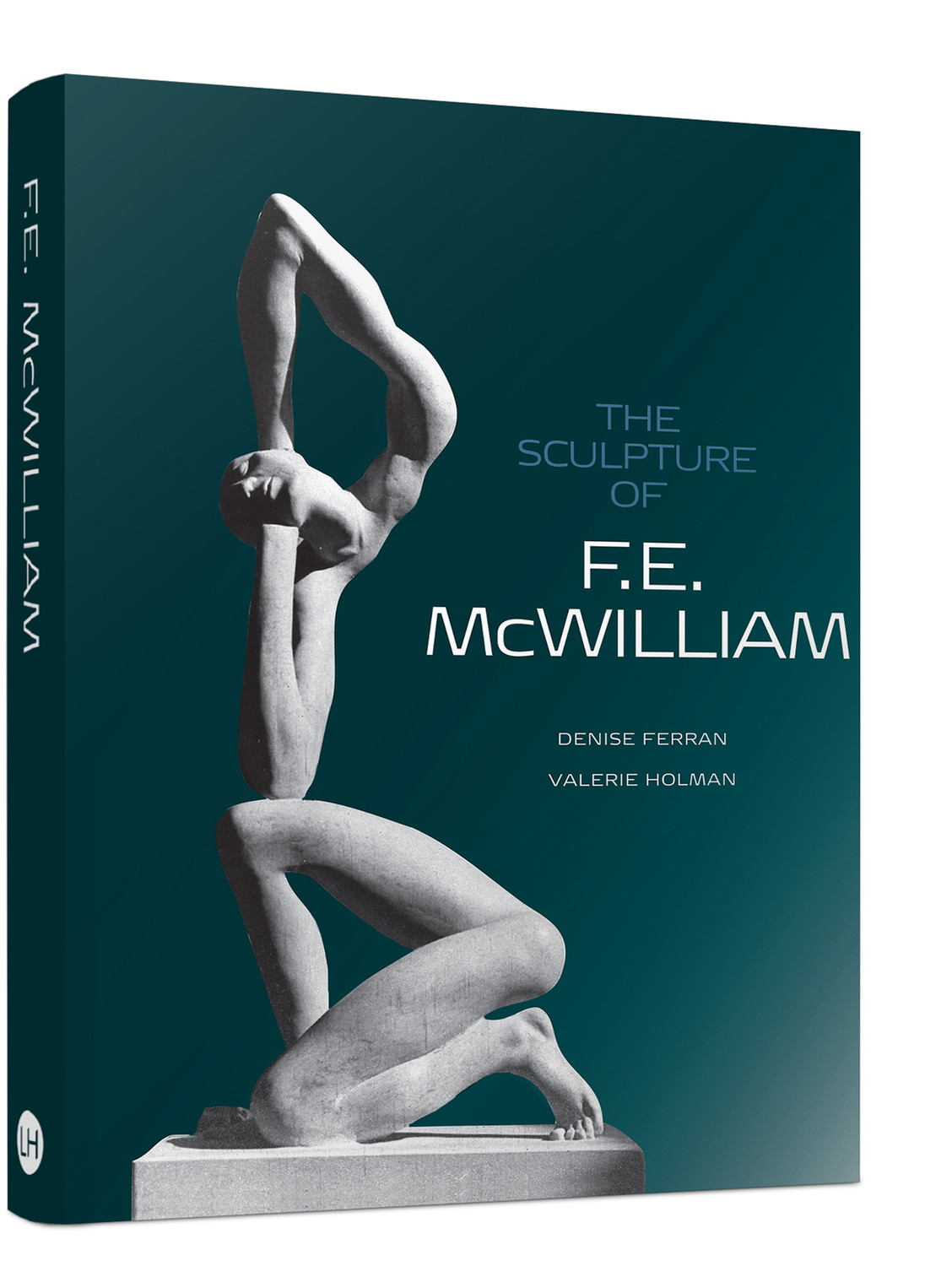 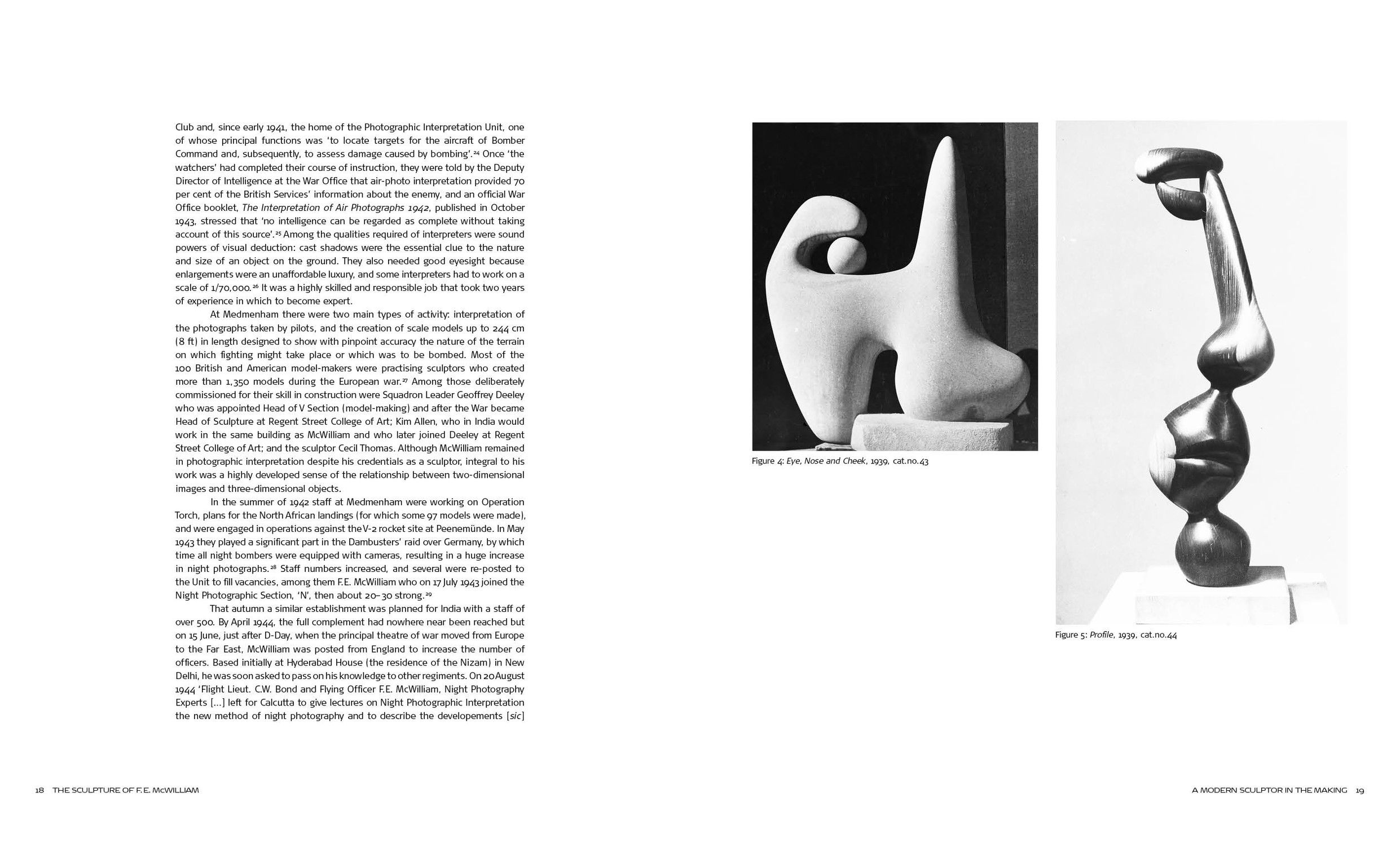 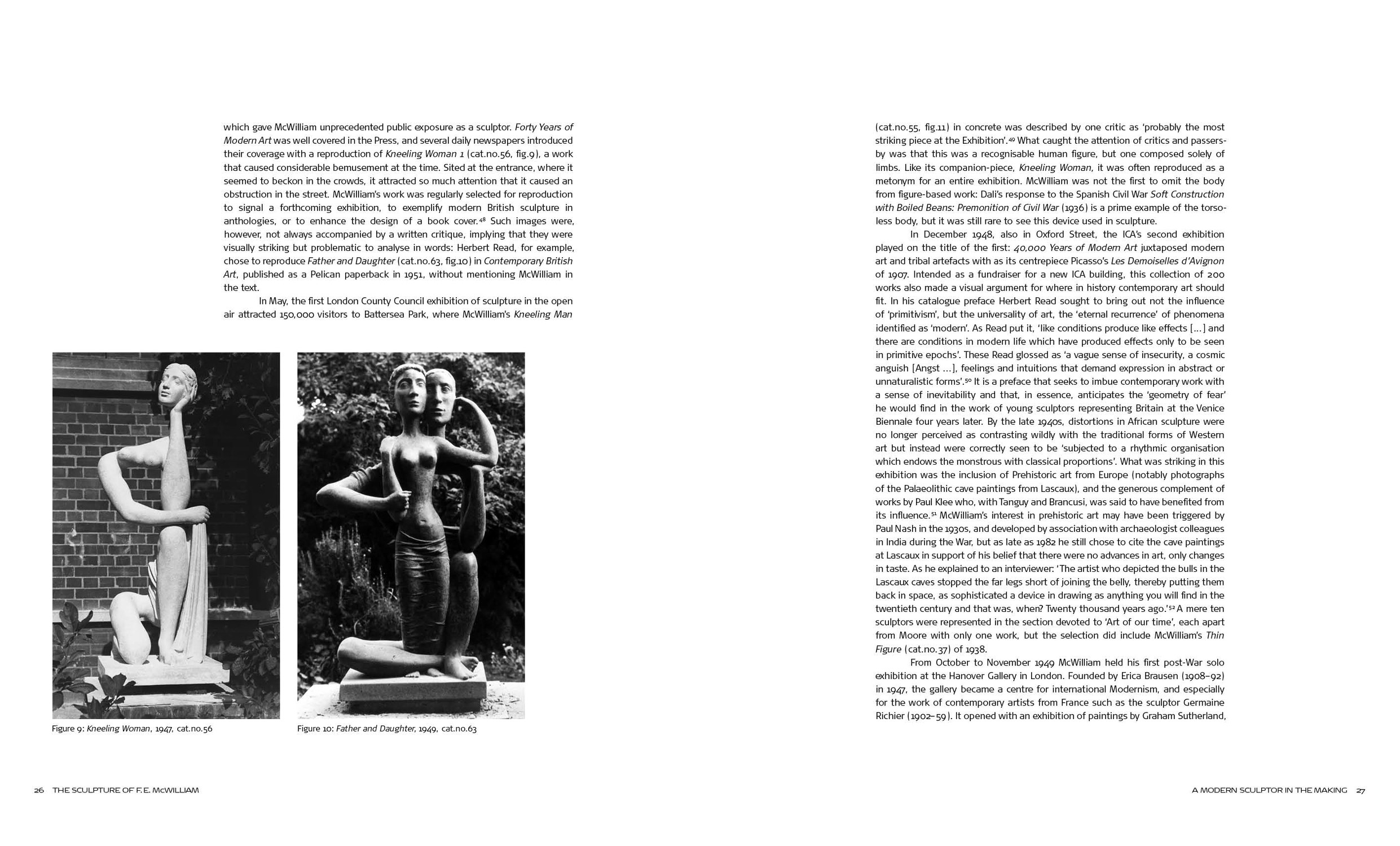 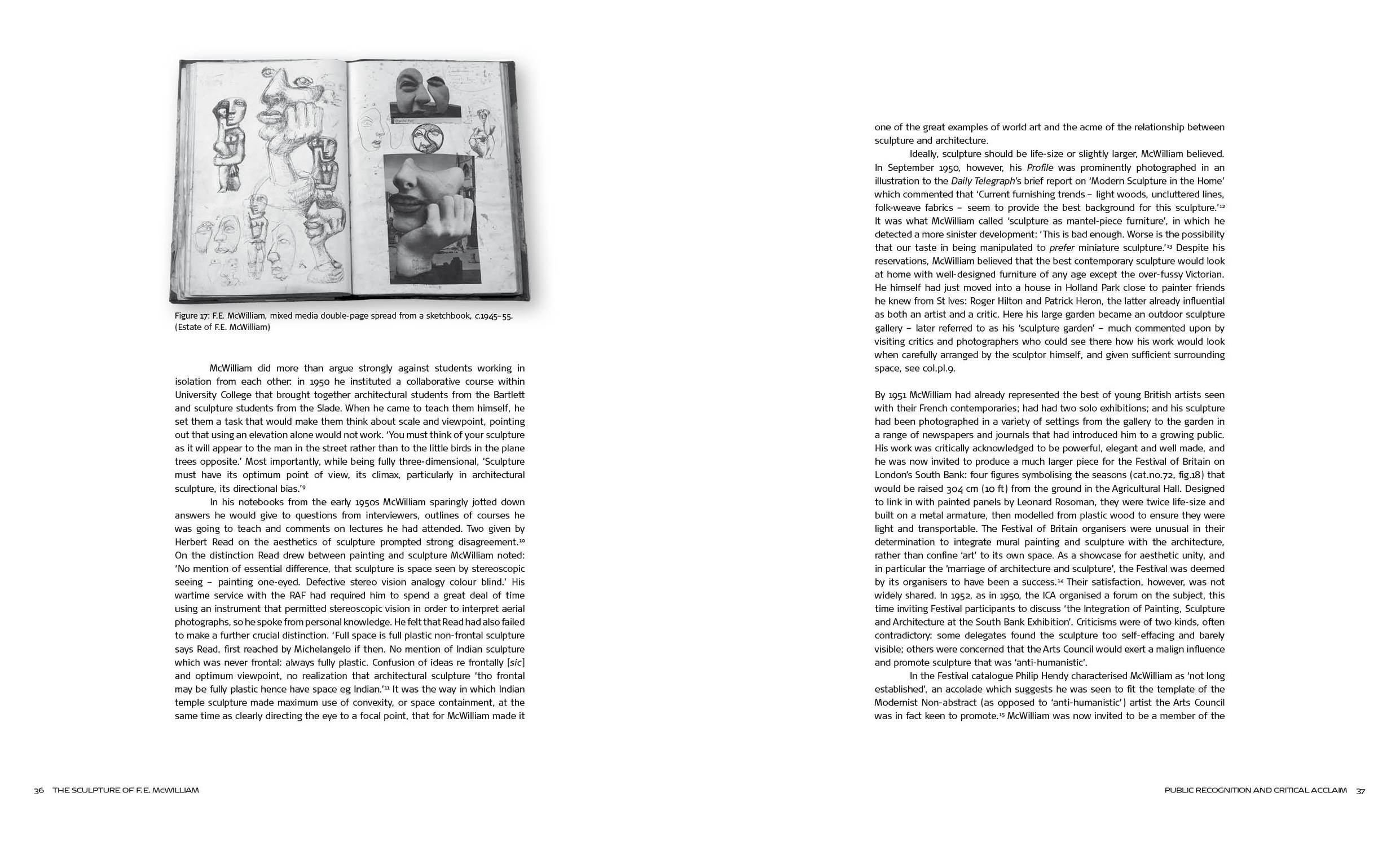 A highly respected sculptor, F.E. McWilliam (1909-1992) was described by Bryan Robertson in 1992 as 'one of the truest artists to work in England this century'. Yet despite achieving great acclaim in his lifetime, McWilliam's contribution to modern art has been unduly neglected in recent years. This book, the first to include a comprehensive catalogue of the artist's sculpture, re-establishes McWilliam's considerable artistic reputation.

F.E. McWilliam defied categorisation: his long and productive career resulted in a body of work which was impressively varied. His move away from Surrealism and a form of biomorphic abstraction which placed him within a particular artistic milieu, enabled him to explore specific materials and themes with freedom. While he remained continuously inventive, at the heart of his work lies a feeling for the human figure, not just as an object of perception but as a vehicle of sensation. His sculpture conveys precisely how certain movement or emotion is experienced and it is characterised by a sense of contained energy, of imminent movement, or of rest that is only temporary and short-lived.

Back To The Sculpture of F.E. McWilliam