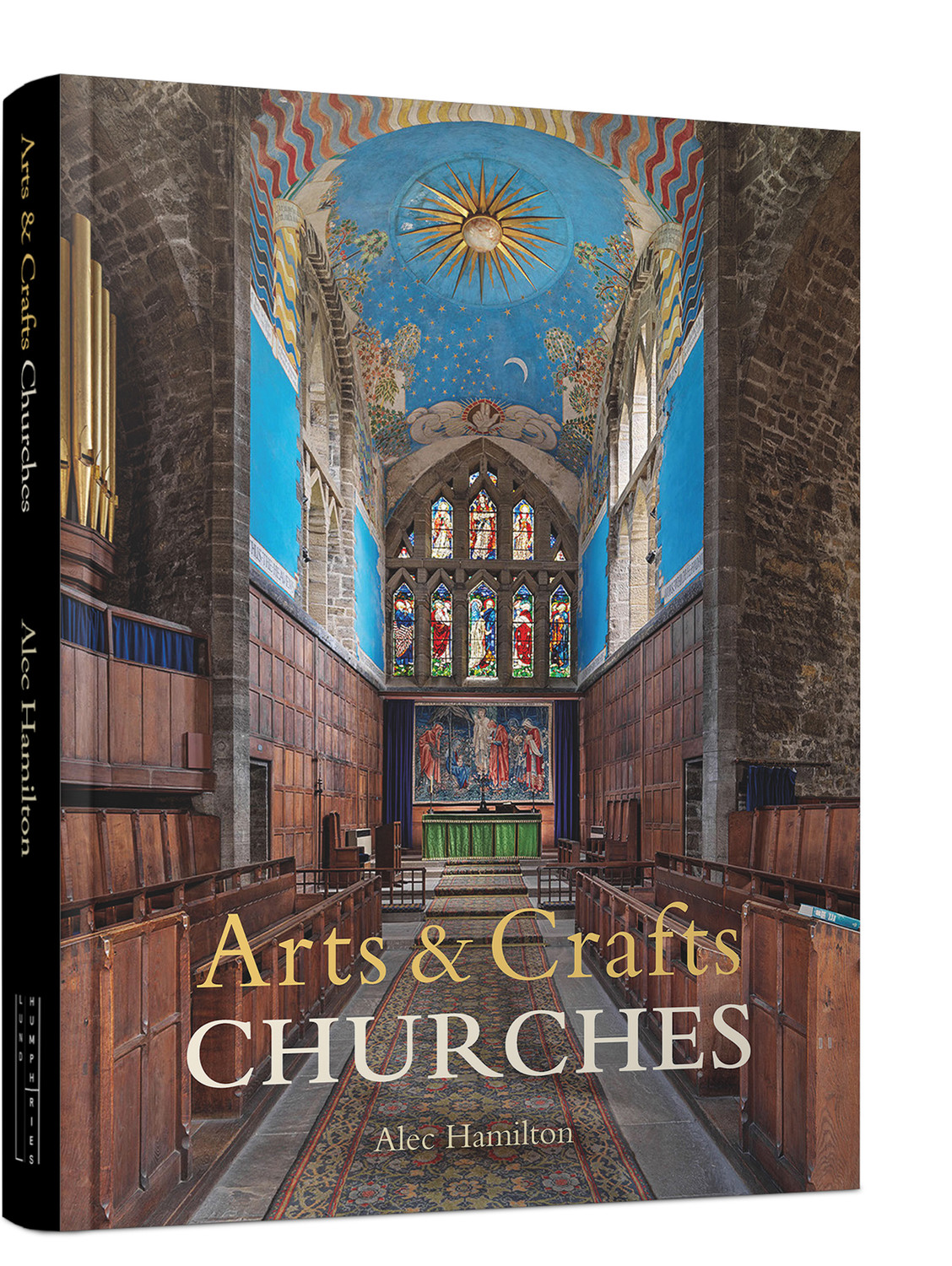 Available for preorder: this book will be shipped on its publication date of January 01, 2021

This comprehensive overview provides the first detailed account of the phenomenon of the Arts & Crafts church, examining more than 200 of the finest examples, mostly built between 1884 and 1918 in England, Scotland and Wales. Arts & Crafts studies tend to focus on houses and furniture: churches were no longer central to architects' practice. A handful of well-known churches have been written about extensively - WR Lethaby's Brockhampton, John Dando Sedding's Sloane Street, Philip Webb's Brampton, Great Warley, Roker, Mackintosh's Queen's Cross. But these famous examples obscure the existence of scores of churches that express Arts & Crafts ideas every bit as vividly. And they are rarely set alongside each other, nor seen within the wider context of not only how they were built, but why: what was going on in society?

These churches are visually arresting, with often quaint, at times far-fetched and capricious exteriors. Internally, they often contain beautiful works of art, including reredoses, pulpits, lecterns, pews, doors, lighting, stained glass and altars. They also tell a fascinating story about religion as Britain entered the age of modernity. While the architects were often religiously sceptical, they were still committed to making beauty, despite their ambivalence about its higher purpose.

Beginning with an introductory section in which author Alec Hamilton sets out the social and political context in which these churches were designed and constructed; on the Arts & Crafts more generally; and on the architects’ and clients’ beliefs, this book is then divided into regional sections: West Country; the South of England; the South East; London; the Home Counties; the Marches; the West Midlands; the East Midlands; the East of England; the North West; Yorkshire; the North of England; Wales; Scotland. Each section is headed by a short essay highlighting key architects and descriptions of notable churches within each region.

Back To Arts & Crafts Churches