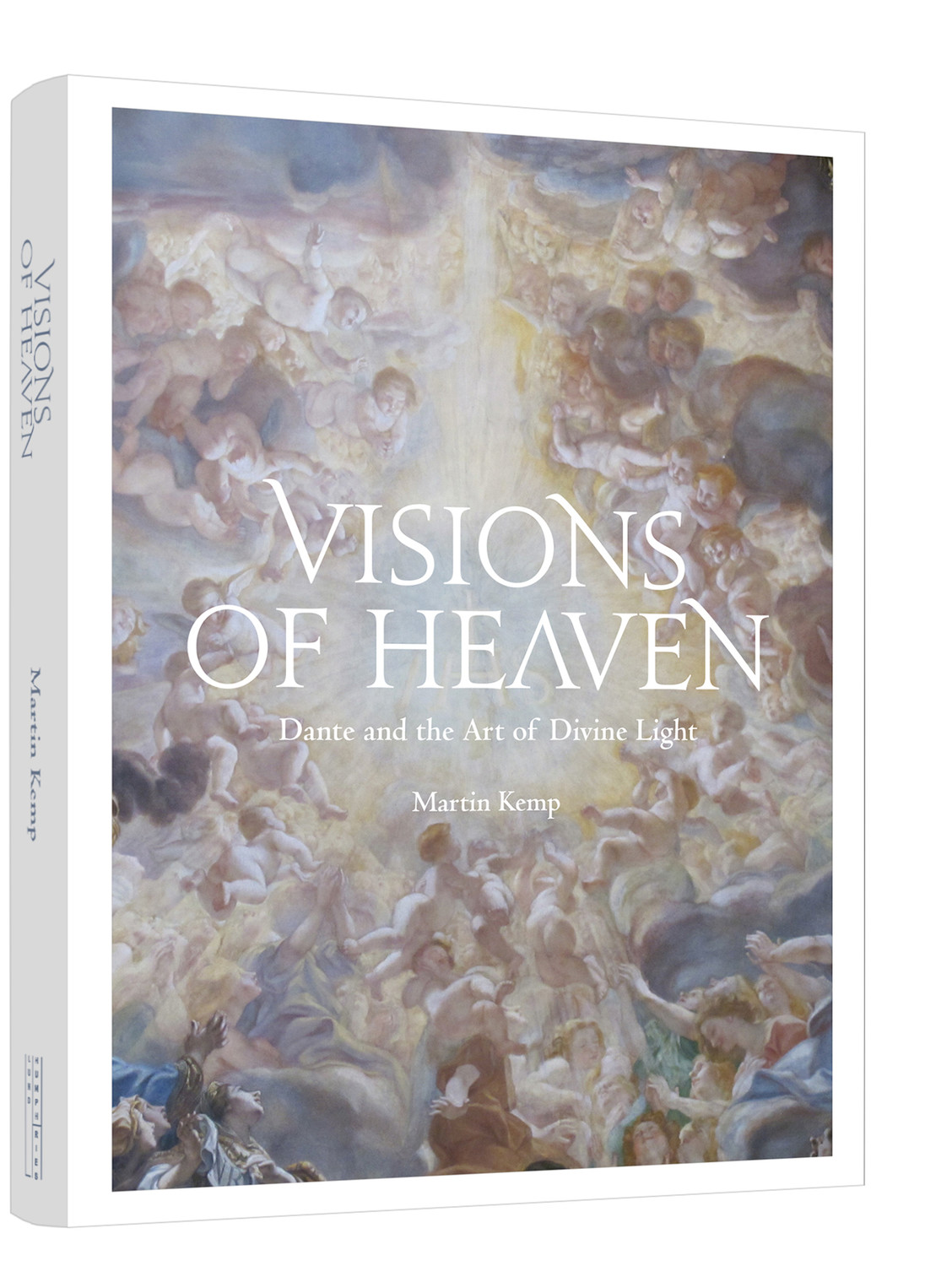 Dante and the Art of Divine Light

Dante Alighieri (1265-1321) is one of the greatest European writers, whose untrammelled imaginative capacity was matched by a remarkable knowledge of the science of his era. His poems also paint compelling visual images. In Visions of Heaven, renowned scholar Martin Kemp investigates Dante's characterisation of divine light and its implications for the visual artists who were the inheritors of Dante's vision. The whole book may be regarded as a new paragone (comparison), the debate that began in the Renaissance about which of the arts is superior. Dante’s ravishing accounts of divine light set painters the severest challenge, which it took them centuries to meet.


A major theme running through Dante's Divine Comedy, particularly in its third book, the Paradiso, centres on Dante’s acts of seeing. On earth his visual perceptions are conducted according to optical rules, while in heaven the poet's human senses are overwhelmed by light of divine origin, which does not obey his rules of mathematical optics. The repeated blinding of Dante by excessive light sets the tone for artists’ striving to portray unseeable brightness.

Raphael shows himself to be the greatest master of spiritual radiance, while Correggio works his radiant magic in his dome illusions in Parma Cathedral. When Gaulli evokes the glories of the name of Jesus in the huge vault of the Jesuit Church in Rome he does so with an ineffable light that explodes though encircling clusters of glowing angels, whose pink bodies are bleached by the extreme luminosity of the light source.


Published to coincide with the 700th anniversary of Dante’s death, this hugely original book combines a close reading of Dante’s poetry with analysis of early optics and the art of the Renaissance and Baroque to create a fascinating, wide-ranging and visually exciting study.