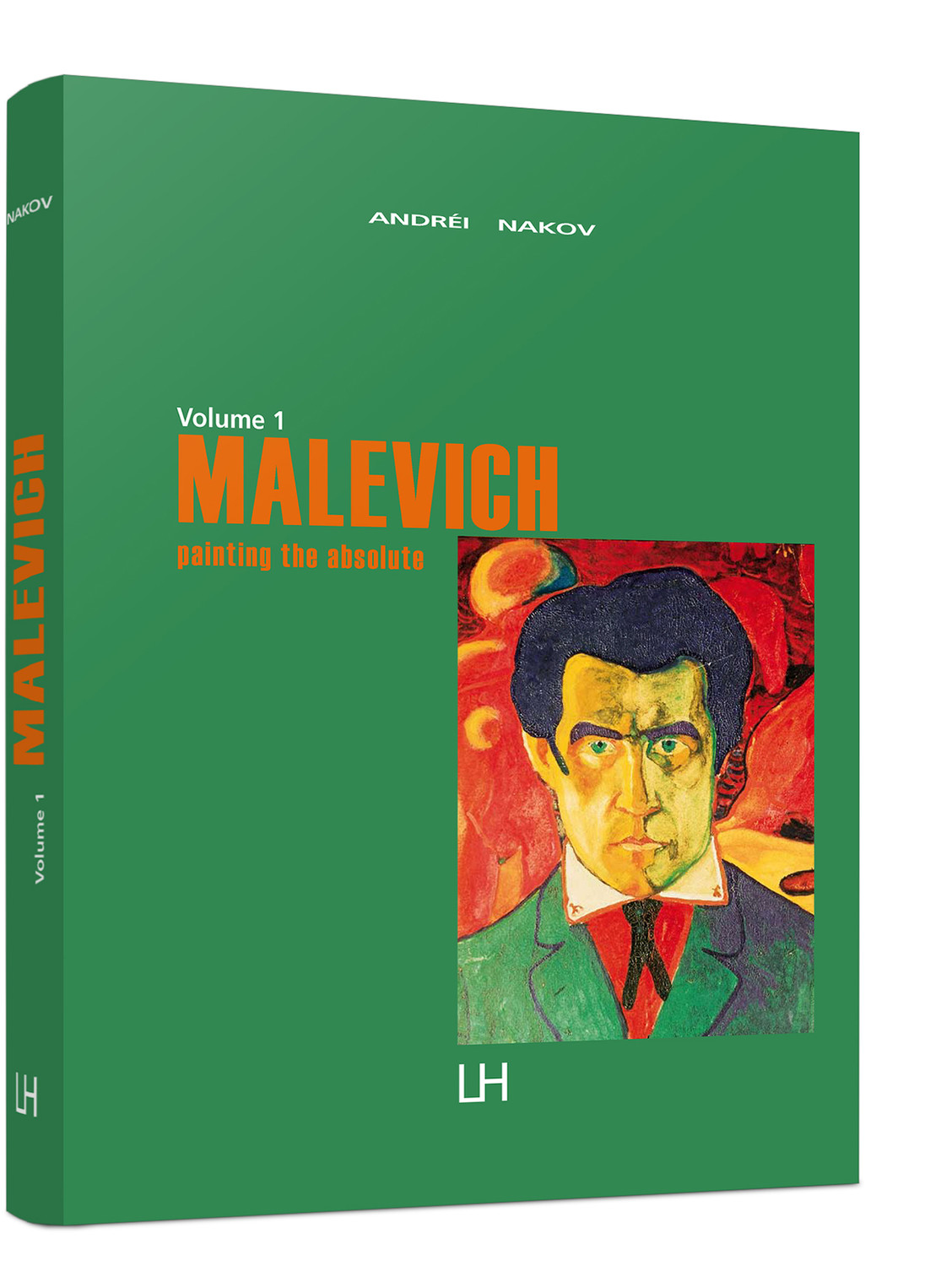 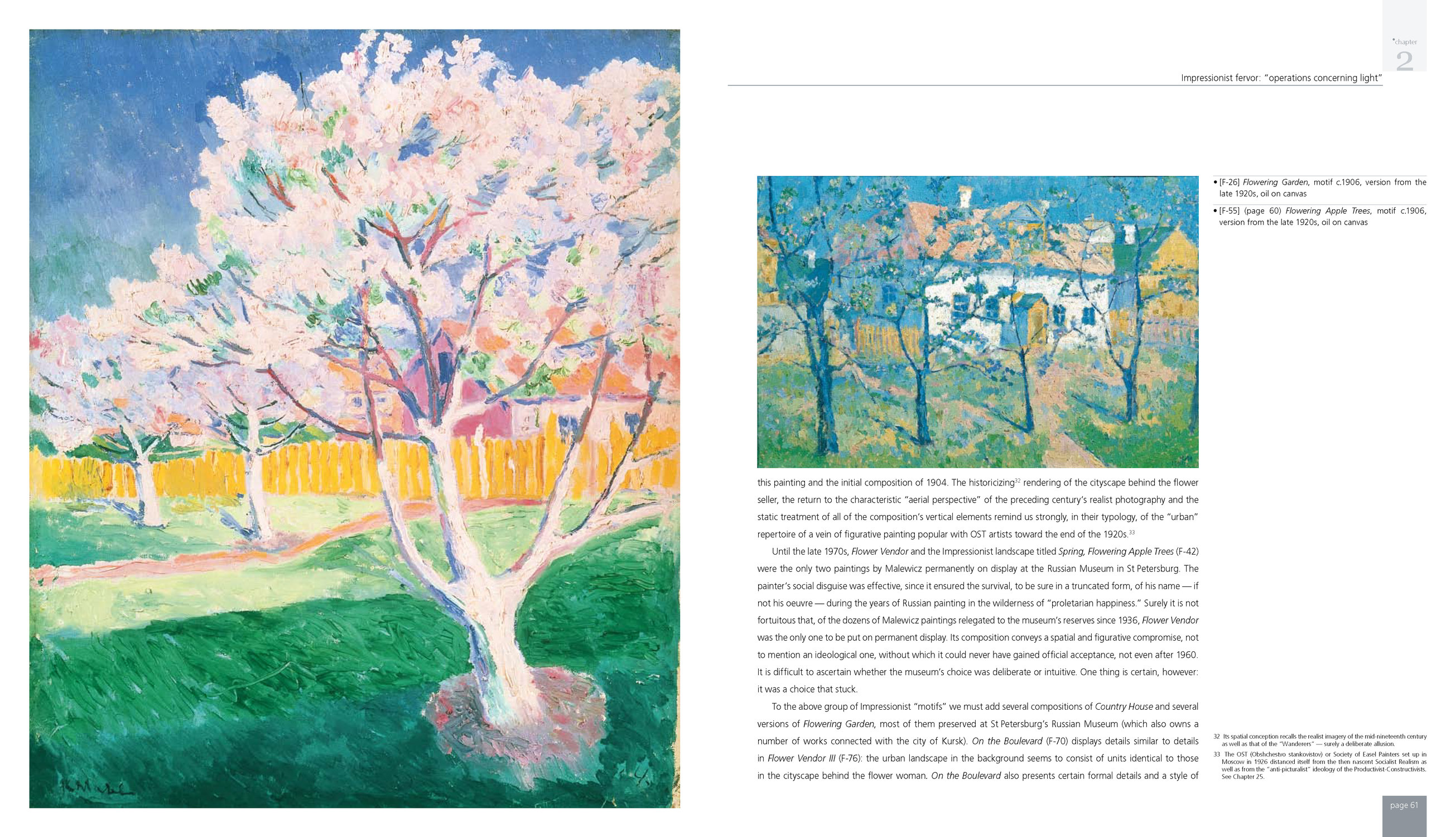 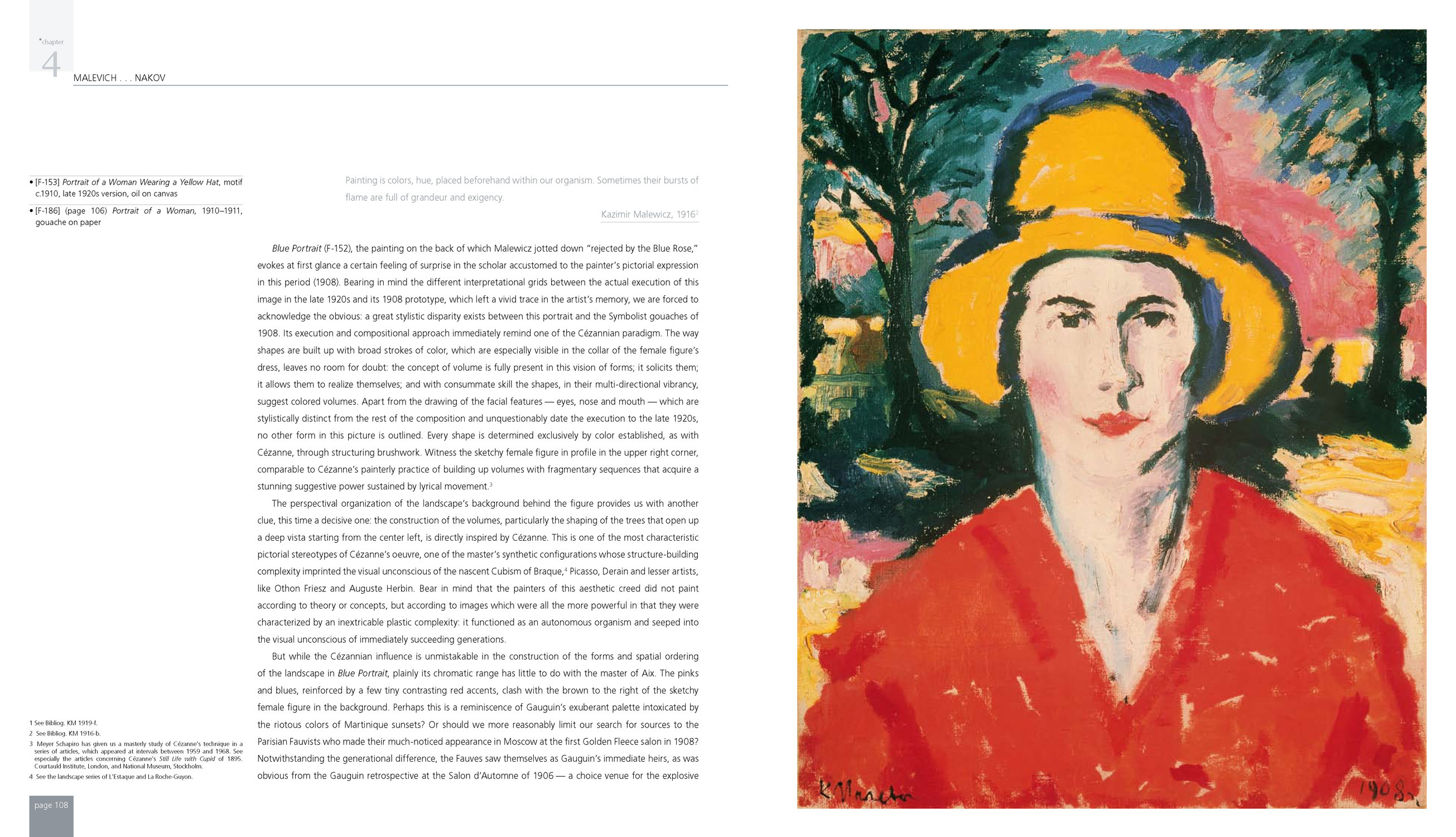 An iconic figure in the history of modern art, the Russian painter Kazimir Malevich (1879-1935) was the creator of Suprematism, best known for his emblematic Black Square (1915). Censored in Russia for many years, his revolutionary writings were only recognised at the end of the twentieth century, initially in Western Europe. Similarly, much of his work remained unknown until the fall of Communism; little studied, the life and work of this painter remain shrouded in an aura of mystery.

Andréi Nakov's monumental 4-volume study of this prophetic artist is founded on many decades of research in Russia, Western Europe and the US. The author has uncovered many previously unknown documents, and sheds a new light on Malevich's pivotal role in the development of modern art, offering a radically new interpretation of a fascinating artist. What results is the most detailed and comprehensive analysis of Malevich's complete oeuvre available in English, and an essential reference companion to the Malevich catalogue raisonné .


Volume 1 Impressionism and Symbolism are the starting points of the Polish-born Russian painter Kazimir Malevich's avant-garde trajectory.
The artist's passion for Gauguin and Cézanne, and his subsequent involvement with Cubism and Futurism, enabled him to lay the foundations of a powerful oeuvre bolstered by an unrivalled sensitivity for colour. Theory and practice, theatrical and literary experiences, paved the way for his uniquely original venture into 'transrational' creation. By exploding the coherence of traditional 'realist' representation, and thus the meaning of visual forms, Malevich pioneered a new approach to art. In the spring of 1915, moving courageously beyond the boundaries of traditional mimesis, he ventured into non-objective painting.

Volume 2 Starting with Malevich's revolutionary Quadrilateral ('Black Square') of 1915, which his contemporaries experienced as a veritable earthquake, Suprematism developed vertiginously, attaining the maximal intensity of pure colour barely three years later. In the summer of 1918 the so-called colourless phase of Suprematism culminated in White Square, which marked a major painterly and philosophical turning point in the handling of colour as energy.
The artist's white-on-white compositions at the Non-objective Creation and Suprematist exhibition in spring 1919 provoked the anger of his fellow non-objectivists. Motivated by philosophical considerations, his temporary abandonment of painting, which he declared 'obsolete', sounded the death knell of abstract art in Russia. Malevich's impulse to move beyond painting remains little understood even today; at the time it meant the end of any hope of his pursuing a career and making a permanent place for Suprematism in Moscow.

Volume 3 Introducing Suprematism to the sphere of everyday life, Malevich created highly original architectonic works in the early 1920s, while concurrently producing an important body of theoretical writings constantly marked by philosophical preoccupations. In the teeth of increasing social adversity he turned to foreign venues. An exhibition in Berlin in 1927 opened the doors of the Bauhaus and brought him to the attention of Western European and, not long after, North American viewers.

However, the idealism of his art proved anathema to the totalitarian authorities in his homeland. On returning to Leningrad he was immediately jailed.
Although released he was imprisoned again, far more traumatically, in 1930, as a result of which he began to explore new figurative approaches. Endeavouring to produce images of the 'new man', he laid the foundations of his post-Suprematist figurative painting, which reconsiders symbolic values from the standpoint of his non-objective experience. Blacklisted, he suffered severe material deprivations and social ostracism, which soon made it impossible for him to continue painting. He died of cancer in 1935, aged barely 56. In addition to a visual oeuvre of stunning intensity, he left behind an as yet partly unpublished and untranslated corpus of highly original writings, the gist of which English-language readers will discover here.

Volume 4 A prolific writer and fervent polemicist, Malevich wrote throughout his life and produced a vast body of texts. His Futurist and Suprematist manifestos, theoretical and polemical articles, aesthetic treatises and voluminous correspondence are duly listed in this volume, along with an exhaustive bibliography of publications devoted to his work.


In addition to a generously illustrated and detailed summary of Malevich's life, this volume includes a searching study of his visual techniques and an addendum to the 2002 Catalogue Raisonné of his paintings, architectonic constructions and graphic work.